CIMS – Cidnay International Masterclass Series, Festival & Academy, aims to be an event that promotes musical excellence, of an international character, and to inspire the community and younger generations through music.

CIMS affirms a holistic vision, providing players and listeners with undeniable moments of musical subtlety, accompanied by time for relaxation and meditation, time to visit local cultural and environmental heritage, and time for sharing and debate, relating music with architecture, with sculpture - with the arts; with the life of the community, from different spatial and chronological contexts.

Thus, CIMS has as core concept the CONTACT. Contact between musicians, artists, between teacher and students, between participants of different latitudes, with other expressions and artistic languages, with fields of knowledge and experiences complementary to music, with a variety of audiences, partners, between presential and digital. This way, we will fulfill the purpose of offering an inspiring program, rich in content, and that positions itself as an obligatory stop-off point for the most talented musicians.

Held in a city bathed by the Ave river, CIMS' Academy inspires young people through contact with a deep mark of the Baroque architecture, São Bento Monastery. In addition, Santo Tirso is, today, one of the European capitals of contemporary sculpture, with artworks distributed around the city, in spaces of enjoyment, such as squares, gardens and parks. The architectural work of Álvaro Siza Vieira and Eduardo Souto de Moura, Pritzker Prizes, can also be admired, particularly the MIEC, Museu Internacional da Escultura Contemporânea (International Museum of Contemporary Sculpture). 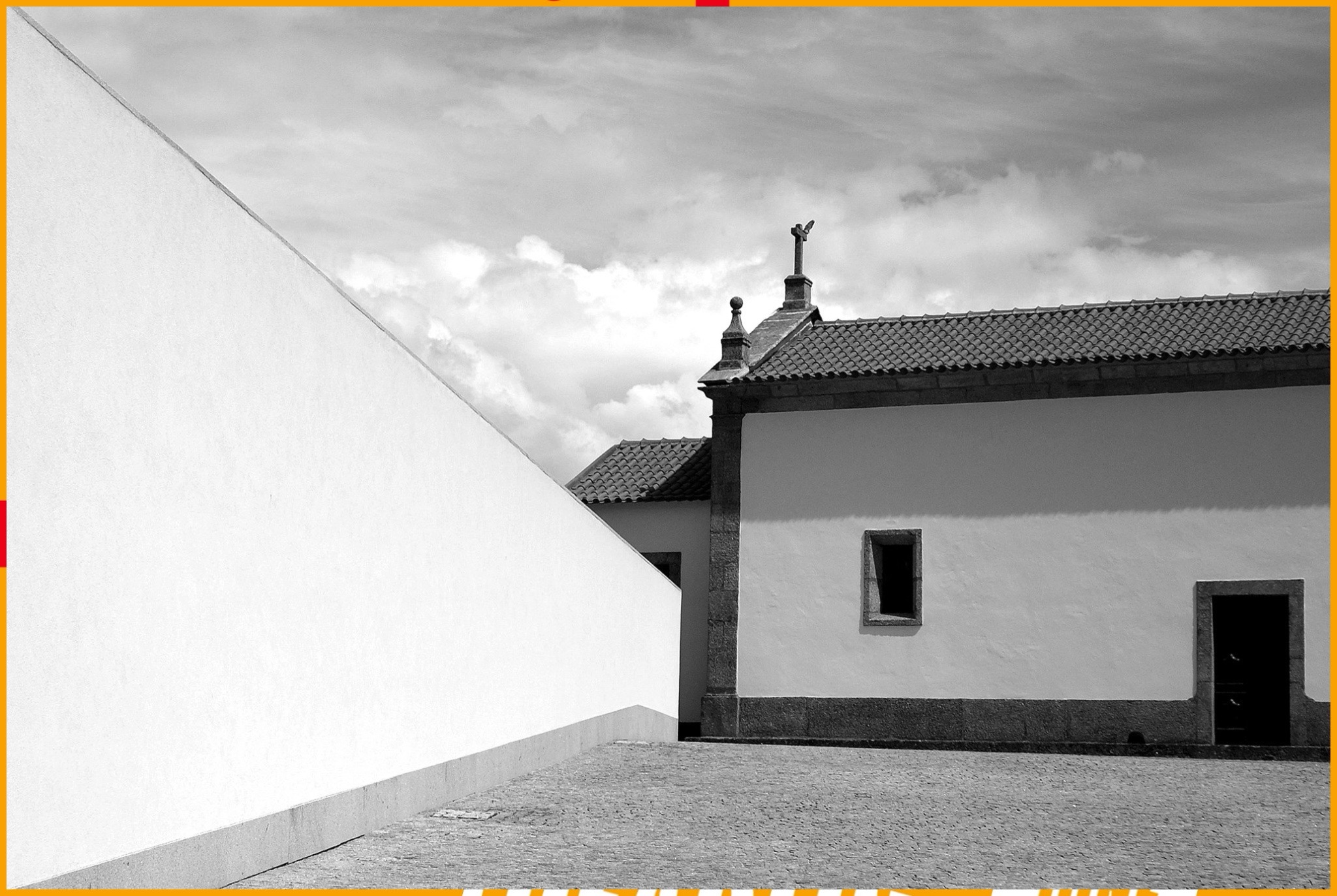 It is within this context, of contact between historical and artistic periods, that fit the spaces where the Academy masterclasses are held, the chamber music rehearsals and CIMS FINALE - the Academy final concert, with openness to the local community. Quinta de Fora is a space with privileged views, close to the river and property of an Agricultural Professional School.

Finally, CIMS assumes a vocation of social responsibility, by establishing a partnership with a reference entity, in Portugal, in the childcare for children suffering abuse, to provide, within the program, awareness building amongst the younger generations to the importance of music in their recovery for life.

CIMS is seeking to stand in the national and international panorama of the events of artistic and cultural valorization, with a regular character.

↓ Check our facebook page for the latest updates! @cims.pt 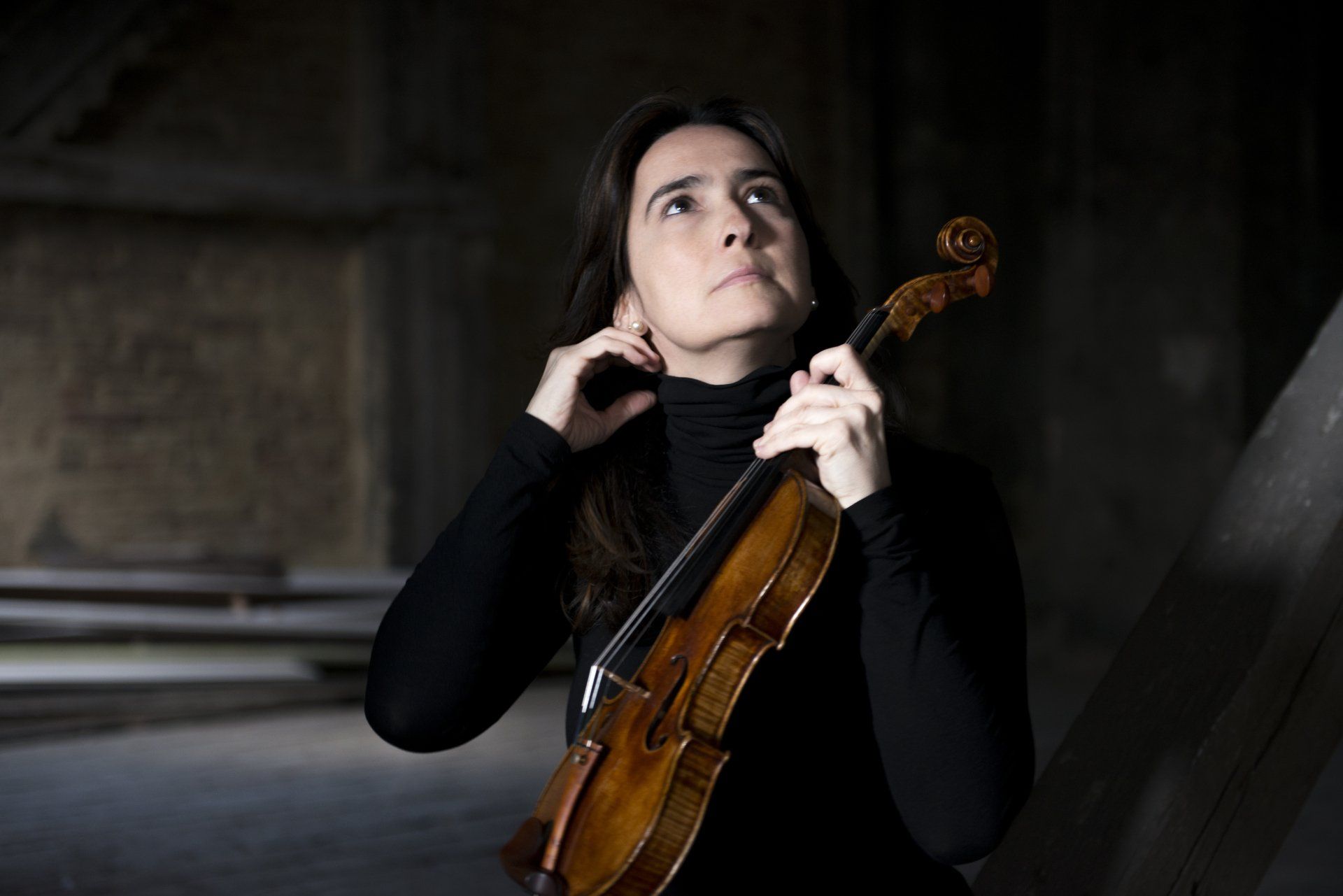 The Austrian artist with Hungarian roots, Eszter Haffner is one of the most exciting and respected violinists of our time. Over the last 30 years, she has been captivating audiences around the world with her distinctively rich sound, superb musicianship and outstanding interpretations, establishing close relationships with the most prestigious conductors and orchestras. Always willing to expand her musical horizons, Eszter is also much sought after as a violist.

Since 2000, she has been professor for violin at the Royal Academy of Music in Copenhagen (Denmark), at the University of Art in Graz, at the MDW in Vienna (Austria), as well as a visiting professor at the Royal College of Music in London (United Kingdom), the Sibelius Academy in Helsinki (Finland), the Franz Liszt Academy in Budapest (Hungary), at the Academy of Music in Oslo (Norway), Shanghai Conservatory and Shanghai Middle School (China), Jerusalem Music Center (Israel) and Tianjin Conservatory (China).

In the Spring of 2022, Eszter Haffner will be teaching at the New York University, Jacobs School in Bloomington, Stanford University and Yale Universities, in the USA.

Eszter plays the ex Hamma Segelmann violin by Nicola Bergonzi (1780), on loan to her courtesy of the National Bank of Austria. Her strings are kindly sponsored by Larsen Strings, her bow by Mr. Charles Shih and her CD recordings by NEIRO Productions, Vienna. Her latest recordings of the Mozart violin concertos’ with the Salzburg Soloists were released in 2021.

She works as a consultant for the organization Live Music Now, in Vienna, founded by Lord Yehudi Menuhin; the Aurora and Old Ox Festivals, in Sweden, and the Virtuoso Belcanto Festival, in Lucca, Italy. As the organizer of the Serguei Azizian Competition, in Denmark, and as a member of the jury faculties for major international competitions, she promotes young talents from all over the world.

She is faculty member of the PE-Förderkreis der Studierenden in Mannheim (Germany) and lecturer at the Villa Musica in Mainz (Germany). Since 2017, she is curator of the Arts at the Austrian Embassy in Copenhagen. Eszter is member of the ensembles Haffner Strings, Haffner Trio and the Aurora-Old Ox Ensemble, in Sweden.

After studying with Prof. Gerhard Schulz, Sandor Vegh, Philippe Hirshorn, György Kurtág and Thomas Kakuska at the Academy of Music in Vienna, Budapest and Utrecht, she played her debut, in 1991, in the Golden Hall of the Vienna Musikverein, under the direction of Karl Österreicher. Since then, she has been at home in the world's largest concert halls. She is winner of numerous international competitions and awards, as well she participates in countless music festivals around the world.

She devotes herself enthusiastically to the works of contemporary composers. Countless compositions by Alfred Huber, Peter Eötvös, Aleksey Igudesman and Volker David Kirchner have already been written for her. 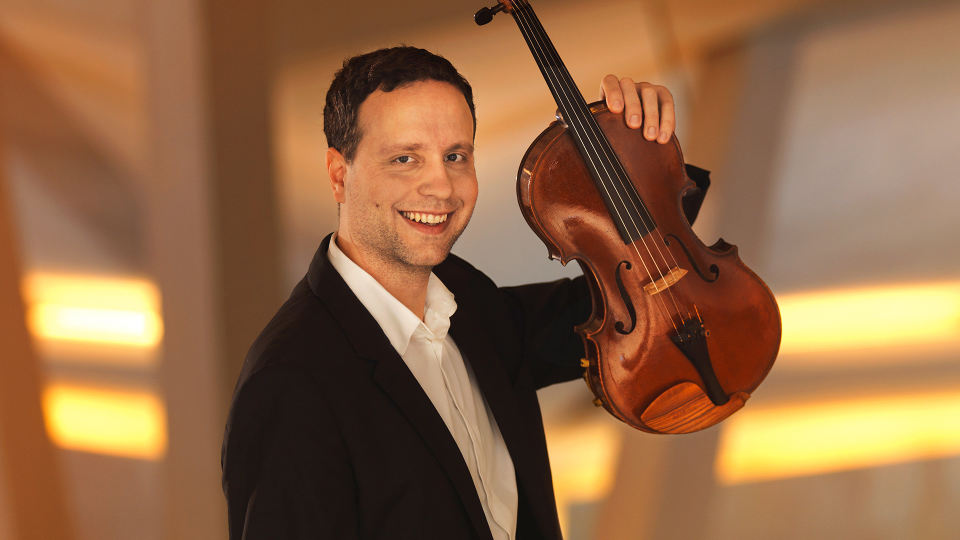 Santo Tirso is a city located 24 km from Porto and Guimarães. The nearest airport is less than 20 km away and there are good railway and road connections available. Still from a geographic point of view, this city is located in a point of transition between the Atlantic coast and the inland part of the north of the country.

The historical origins are related with the existing monastery, founded (or rebuilt), during the 10th century, by the Benedictine monks. Santo Tirso has held the title of county seat since 1834, keeping a current population of about 70,000 inhabitants. Economically, the textile and clothing industries are well implanted in this region. In terms of areas of interest worth being mentioned, we cannot ignore the Ave river and the countless waterfalls, as well as natural parks and forests, thermal baths, and tourism farms. Additionally, you can also find Romanesque and Baroque monuments, local handicrafts, attend popular festivals and taste the local gastronomy and wines as well as the conventual sweets.

San Rosendo, who spent the last part of his life as a bishop in the already notorious cathedral of Santiago de Compostela (968-977), and was the founder of the Monastery of San Salvador de Celanova, which stimulated culture and the development of Christian kingdoms at the threshold of the year thousand, was born in the territory of Santo Tirso, in the current parish of São Miguel do Couto. 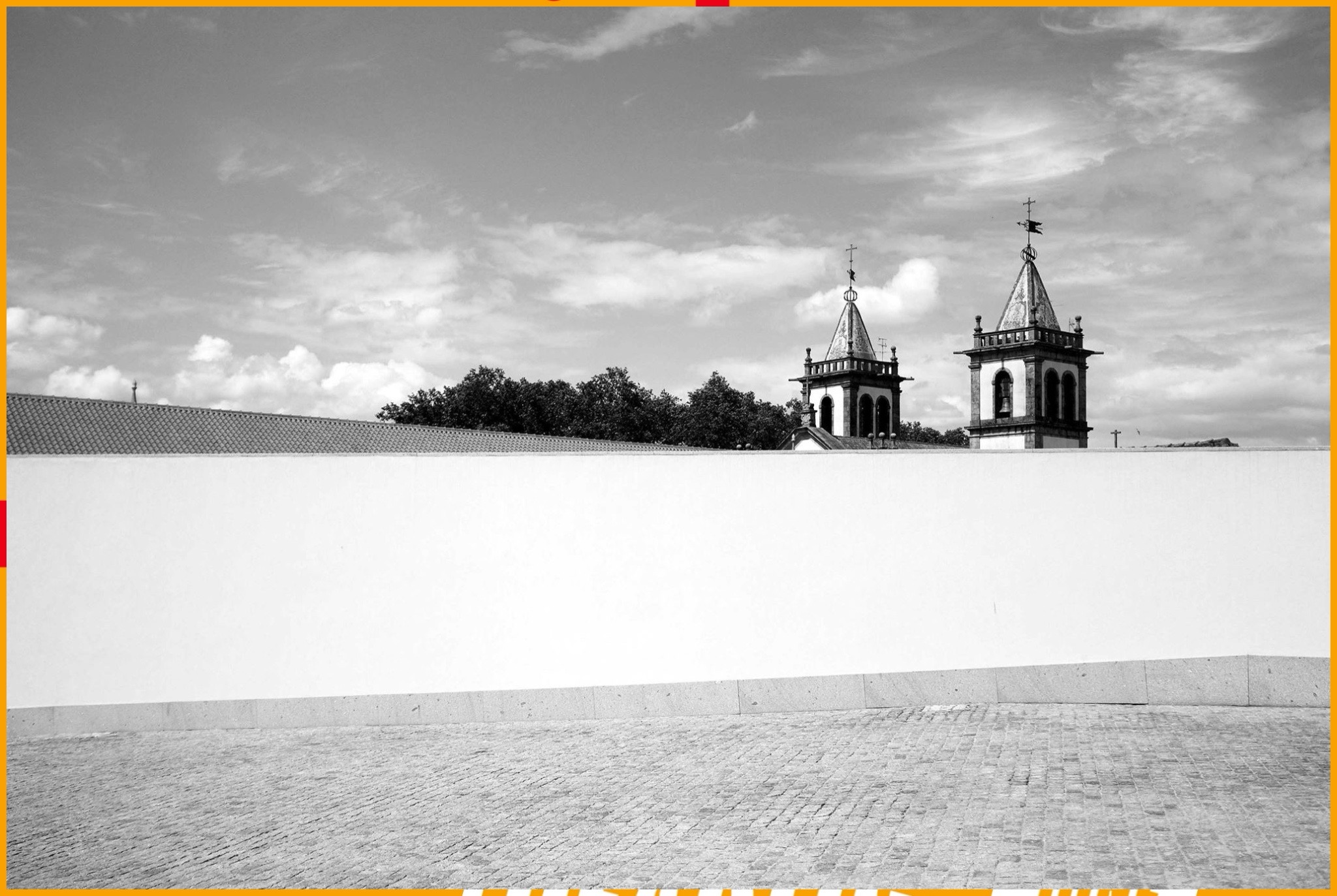 The quality of life in Santo Tirso is undeniably good and this idea is reinforced by the substantial cultural offer available. Amongst the existing cultural organizations, we can highlight MIEC - International Museum of Contemporary Sculpture (➥ more), Alberto Carneiro Art Center, the Municipal Museum Abade Pedrosa (with a vast archaeological collection), the Municipal Historical Archive, the Municipal Library, the Interpretative Center of the Monte Padrão (Archaeological Station), ARTAVE - Artistic Professional School and countless other schools. In addiction, there are also spaces of exhibition and enjoyment, such as the Fábrica de Santo Thyrso and its Nave Cultural, or the Vila das Aves Cultural Center, together with sporting facilities and nature related activities.

Santo Tirso can also be proud of having a living heritage of musical ensembles, folklore and theater groups, dance academies, numerous local cultural spaces and festivities. There are several plastic artists who were born or currently reside in this city, amongst whom we name Tomaz Pelayo and José Cavadas, in addition to a vast group of great photographers.

Please use the contacts below for extra information! 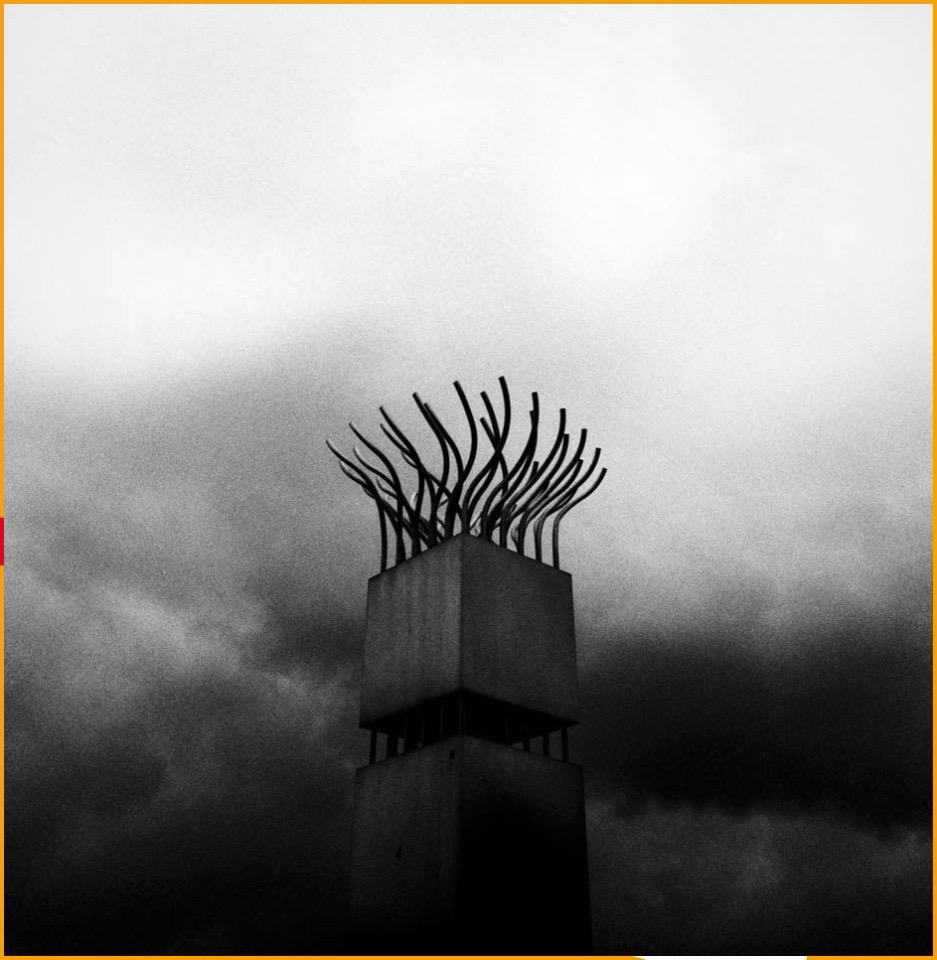